Skip to All Grape Varieties

Home to a diverse array of microclimates and terroirs, Australian wine is anything but boring. From the warmer regions of South Australia, which make bold, luscious reds, to the crisp, elegant whites of Victoria and Tasmania’s beautiful bubbly, it’s no wonder Australia ranks among the world’s top winemaking countries.

What makes Australian wine so delicious?

A patchwork of different climates, topographies, and soils merge in numerous combinations across Australia. The result: every conceivable style and colour of wine gets made here. Hundreds of grape varieties grow in the nation’s vineyards and make their way into local wines – there’s no one way the best Australian wines look or taste. And that’s one of the many reasons our wines are loved the world over. While there are hundreds of varieties, a few stand-out grapes have helped shape and define the industry, the ones we get excited about. These are the major Australian grape varieties to have on your radar.

When you think of Australian grape varieties, Shiraz is likely the first one to jump out. Originally from France’s Rhone Valley, Shiraz has found a new home in Australia, where it’s our most planted wine grape. Barossa Valley helped make Shiraz a household name, but McLaren Vale and Hunter Vale make loads of Shiraz that will have you reaching for your wallet.

Australians were the first to blend Shiraz and Cabernet Sauvignon, giving birth to a style that folks can’t get enough of – if you haven’t tried it yet, now’s the time to remedy that. Shiraz is also a frequent blending partner of Grenache and Mourvedre, in a similar style produced back in France. It’s a versatile wine often featuring dark berry, plum, and peppercorn notes. Sure, there are plenty of rich, powerful spicy versions built to age, but there are also lighter, cooler styles of Shiraz. In short? It’s a wine for all seasons, for backyard barbecues or tofu stir-fries.

In Australia, Coonawarra is synonymous with world-class Cabernet Sauvignon. The region’s famous terra rossa soils (along with talented local winemakers) are responsible for some of the world’s best Cabernets, full stop. With concentrated layers of blackberry, juicy cherry, plum, and mint, Coonawarra Cabernets are second to none. Bordeaux lovers needn’t look further than Margaret River for exquisite Cab-based blends. Wherever you look in Australia, you can expect powerful yet well-balanced Cabernet Sauvignons, perfect for both the serious collector and the casual wine drinker.

Coming in third after Shiraz and Cabernet Sauvignon for Australia’s most planted red grapes, lush, plush Merlot performs exceptionally well across the country. Found all over Australia’s many wine regions, some of the most popular areas for Merlot include Margaret River in Western Australia (especially for Bordeaux-like wines) and Barossa and McLaren Vale in South Australia. Often more perfumed and elegant than Shiraz or its sibling Cabernet Sauvignon, Merlot tends to show a moreish mixture of red and black fruits, purple blossoms, and a hint of cocoa powder. These are wines for all occasions – you’d be hard-pressed to find many meat or poultry dishes that don’t pair well with Merlot.

The popular Chardonnay grape may be grown everywhere wine is made, but it yields truly special wines in Australia. Originally from Burgundy, Chardonnay is something of a chameleon, able to grow anywhere and take on the local terroir or soak up flavours imparted during fermentation and ageing. Thanks to the many terroirs, there’s an Australian Chardonnay for everyone. The bigger, bolder versions coming out of Hunter Valley, the graceful takes from cooler regions like Yarra Valley and Tasmania. Oaked or unoaked, bursting with tropical flavours or steering towards green apple and zesty citrus, Chardonnay won’t let you down, whether you’re in the mood for a glass of something crisp and refreshing at the end of the day or need a crowdpleaser to bring round to a mate’s.

Right up there in the same popularity levels as Chardonnay is the racy, fresh Sauvignon Blanc. Although originally from France’s Bordeaux region (and also widely grown in the Loire Valley), Australia is becoming a major player in the Sauvignon Blanc scene. Adelaide Hills produces exceptional Sauvignon Blanc, riper, more peachy and highly polished. Over in Margaret River, many producers make Bordeaux-style Sauvignon Blanc, blending it with Semillon – delicious beauties that are far more affordable than their Bordelais counterparts.

To the uninitiated, there’s only one word you should know when it comes to Viognier: luscious. It wasn’t long ago that Viognier was flirting with extinction until a group of winemakers in the grape’s native North Rhone Valley pulled it back from the brink. Today, Viognier enjoys a well-deserved status among the world’s most coveted noble grape varieties. Both here in Australia and France, it occasionally gets blended with Shiraz. The best Viognier boasts a lush, creamy texture and gorgeous layers of ripe peach, melon, mango, and mandarin orange, mingled with fragrant blossom notes. The best Aussie Viognier hails from Victoria and South Australia, where it has zero problems ripening but benefits from the balance of cooler temperatures. The result? Well-balanced, expressive wines that are killer with everything from roast chicken to Thai and Indian dishes.

Along with Germany, Australia makes some of the best Riesling around. With its vibrant acidity, heady fragrance, and range of styles from dry to sweet, Riesling is a beloved food-friendly white wine grape that people come back to again and again. Eden and Clare Valleys make some of the best dry Riesling out there. Zesty lime and lime blossoms lead on the nose and palate of many Rieslings out of these regions, followed by honeysuckle, ripe stone fruit, and a satisfying minerality.

While these grapes are the leading players, there’s plenty of exciting experimentation across Australia’s wine industry. You’ll encounter other familiar grapes like Pinot Noir, Grenache, Mourvedre (aka Mataro), and Cabernet Franc, but producers are also playing with Spanish grapes like Tempranillo and Graciano and Italian grapes like Barbera, Fiano, and Sangiovese. As a wine lover, there’s a lot to be excited about and always something fantastic new wine to try! 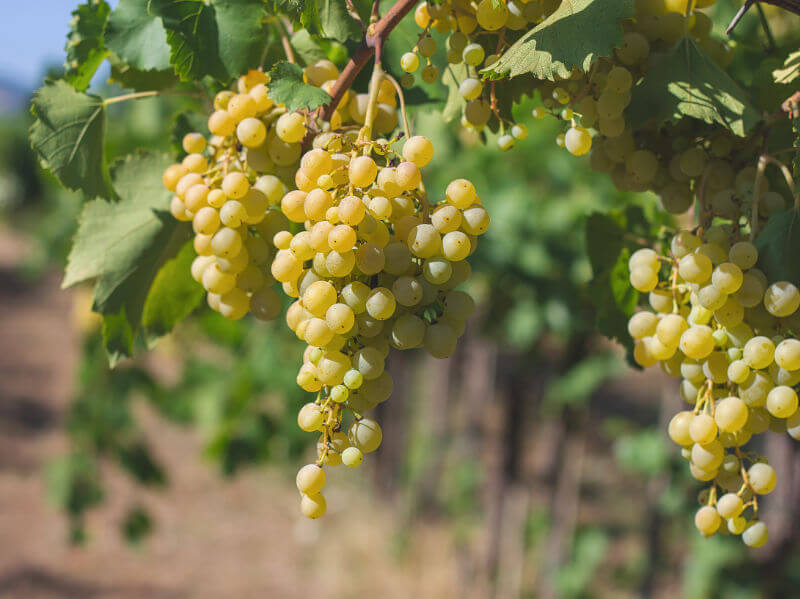 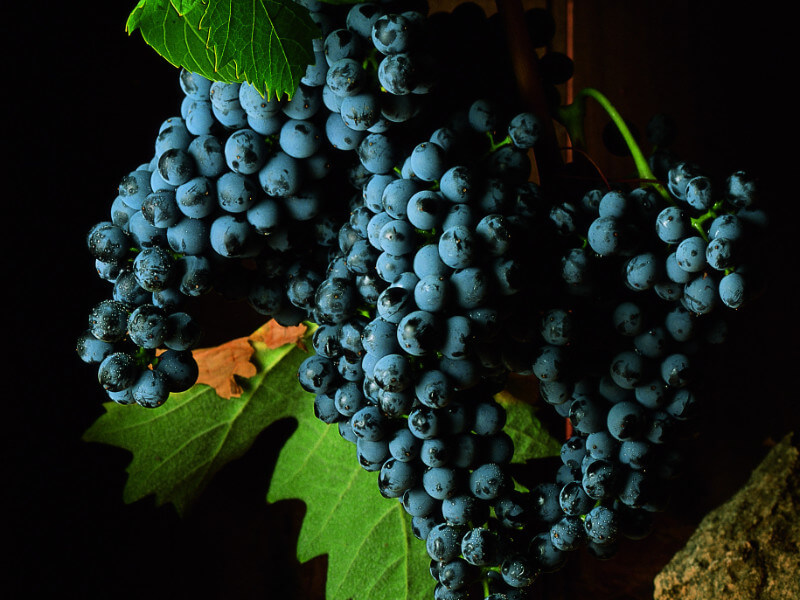 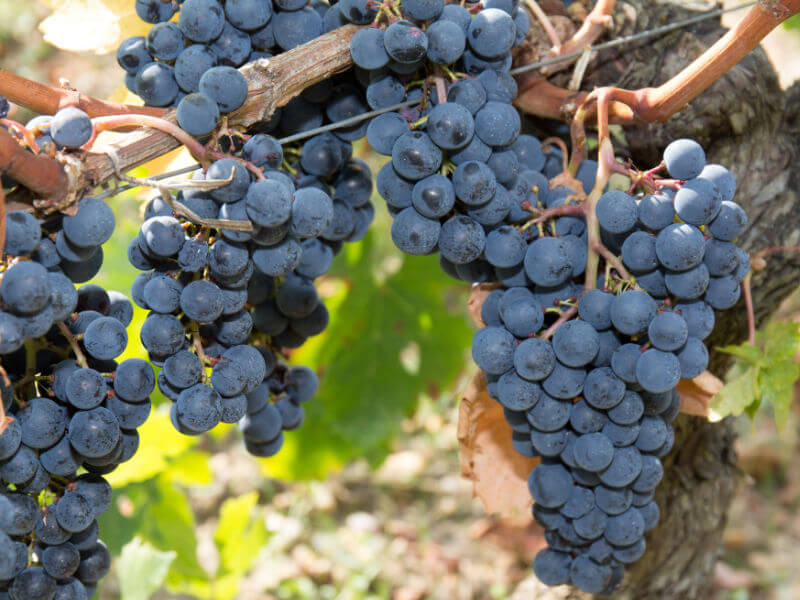